Fear of an invasion by Napoleon Bonaparte reached panic proportions among the authorities in Ireland and England in 1804 and was the reason Martello Towers were built, first in Ireland and then in England. Their purpose was to provide what were, in those days, ‘bombproof’ towers from which fire could be directed at ships of the hourly expected French invasion fleet. Martello Tower Sutton was the first Tower to be built in Dublin and is referred to in the annals as Tower No. 1.

The name “Martello” derived from the name of a tower at Mortella point in the gulf of Fiorenzo.  The Royalist French along with the Royal Navy, failed to take the tower after attempting to rebel against the Napoleonic French in 1794.  So impressed were the British by the strength of the tower, they suggested that similar towers would be useful in Ireland and England.  However, an error occurred during communication between the sides and the word “Mortella”, was written as “Martello”.

The original Towers from the Napoleonic era are circular in shape, with 2-4 meter thick walls, which were made from solid stone that was all sourced locally. The entrance doorway of the towers are 3.0 metres from the ground which meant at the time access to the entrance was only made by a ladder.  The ladder then could be removed to protect against an invader.

The Towers never fired a cannon in anger, as Napoleon never invaded Ireland or England. However, it is believed that the Towers acted as a deterrent, as Napoleon had every intention to invade England using Ireland as a “back door” bridgehead.

In total there were 50 Martello Towers built in Ireland, and 103 built in England.  The Military numbered the towers for easy reference.   Towers were also built in South Africa, Majorca and the whole Mediterranean area but most are not Martello Towers, but rather defence towers against pirates.

The function and purpose of the Towers in Ireland today differs from one to another.  In Dublin while there are 21 Towers that remain standing many are derelict, some demolished, some are owned by government departments, and others are privately owned, some of which are habited and some uninhabited.  We believe that Martello Tower Sutton represents the best and most sympathetic refurbishment of any Tower in Ireland. 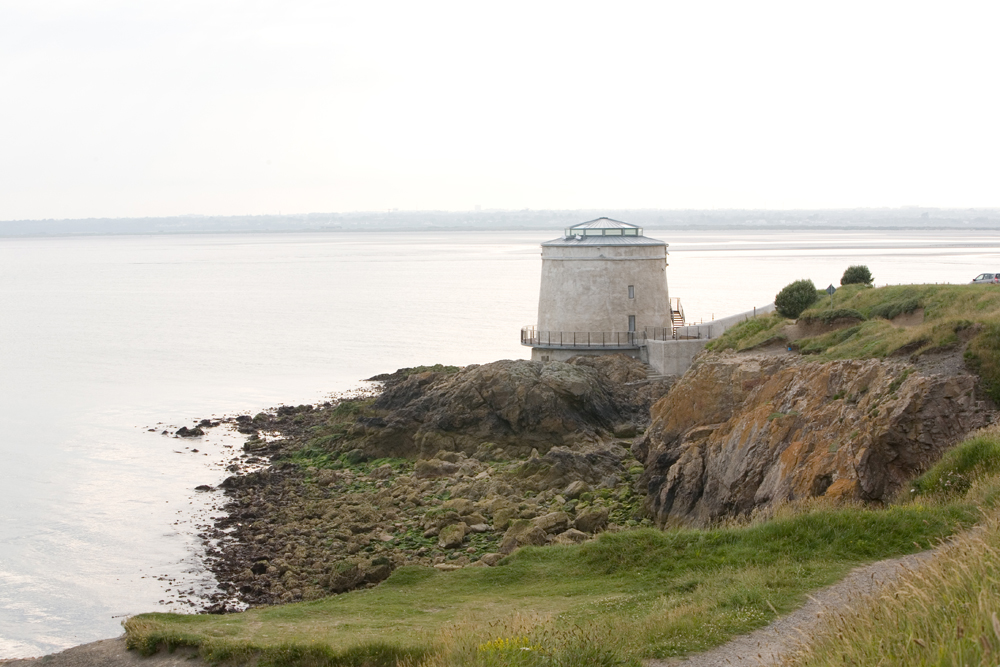 In 2006/2007 the important Stage 1 works were conducted.  Following approval from Fingal County Council, Henry Thompson of Old Builders was retained to re-render the entire exterior of the building using the traditional lime rendering approach.

The foremost expert in the country with this traditional craft Thompson, over a period of several months, painstakingly removed the existing, mostly sand and cement rendering (applied in the 20th century) to replace it with the breathable lime membrane. The rendering membrane was applied in up to 5 coats – square foot by square foot in the most exposed and dangerous of working conditions. 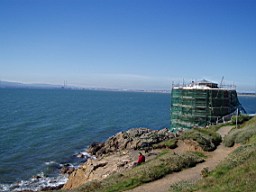 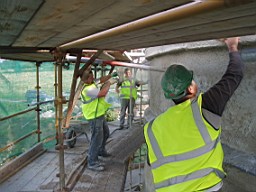 This work in 2008 entailed the following:

1.    Replacement of existing rotting wooden structure with a new sleek zinc coated roof structure.
2.    Instalment of a ground level 360° balcony around the Tower.
3.    Reinstatement of steps down to shore.  These are of a galvanised steel structure and quite minimalist in appearance.
4.    Custom built kitchen units, 360° perimeter walnut shelving and furniture.

Note:
Based on an old painting a previous wooden structure balcony existed.  We think it was “washed away” in the 1970’s.  If any reader of this has any pictures of how the Tower looked in previous times we’d be delighted to hear and upload photographs onto this website. 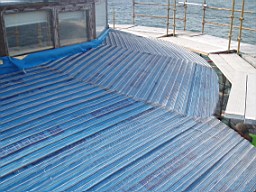 Objective of this restoration project

We have aimed to restore the Tower in a manner which :